I'm not too Hedonistic, am I? 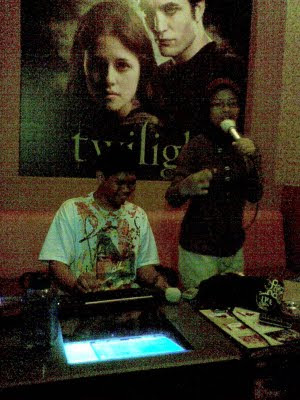 Valerie by Amy Winehouse accompanied my night full of reading the Art of Arguments for Moot Court Competition which would be held on March 2010. I knew, it’s still faraway in front of me, but the chance for us to win the competition with this slackness of understanding about moot, arbitration, and commercial law could be a boomerang. I’d rather take a serious look at the beginning of this journey than end up with a silly yet embarrassing moment amidst the international court-like event.

So, I started to read the Hofstra University’s example memorial from Kak Michelle. It was one of the best on the structures (as a Respondent memo). I got a little bit shock; it’s a full 58 pages of word. Of course, it doesn’t use a common technical term, it shows how important is Bahasa Hukum Class (English Version) for a novice like me. But you know, since I love to read some random writings, I began to understand those Respondent notes slowly.

I made myself to have a real quick time to sneak into BBC’s website. I read flash news about explosion in Pakistan, Charles Taylor being duped by Nigeria, Japan bathtub murder suspect arrested, and exchanged fire between a North Korean naval ship with the South Korean ones. It took my attention for awhile then I decided to come back to my stuff.

Gosh.... A lot of thing to do. Hopefully everything will be okay. I need to get some little rest (actually I’ve got a wonderful rest today after suffered of a very severe headache and stomachache earlier this morning). Tomorrow, I have a class at 7 am. I like the subject but I kinda dislike my lecturer (although he is ‘guru sepuh’ and the author of my textbook). He gave me a ‘B’ on an open book test. I failed to afford an ‘A’ just because He like a long hand writing answer (which on my case, I answered his question simply to the point, and very dense). Well, I won’t let someone graded me from the length of my answer on a piece of paper. That’s not an intellectual way to clasify who is capable to enroll his or her knowledge.

This afternoon I went to Holland Education Fair with Zein and met with Rasis, Yanuar Kak Michelle, and Nabriz. Yeah, we had a small cheet-chat on the lobby after walked around the exhibition. Kinda dissapointed, again, no universities in this glowing earth that really shared a scholarship to international student freely. After had some conversation with a spokesperson from University of Groningen I went to the NESO’s stand to get more information about scholarship in Netherlands. Well, Huygens sounded good, since it will cover all your needs and guarantee your finacial scale to be balanced. But (again) to apply on such program isn’t as easy as flip-flopping your hand. This year, from 120 Indonesian applicants (that had been nominated as awardees from their host university at Holland), only 16 got accepted. Woaah... I think I didn’t have to mention to you about the shocking detail more.

After that, Zein and I ate on Chinese noddle restaurant at Sagan. Then we head back to my place, but before it we pay some homage to the McD by bought Caramel’s McFlurry. Yumm.
Okay, that’s what had happened with me today.
It’s 11:17 pm, and Amy sings ‘Tears Dry on Their Own’ from my WINAMP.
Take rest y’all, tomorrow your life shall begin (again).
Diposkan oleh louiebuana di 8:36 AM No comments:

louiebuana
Athens, Ohio, United States
We are all here for reasons. Whatever your mission is, be thankful to God.